(We are currently redoing the site)

Southern Cape Bunny Haven is the only Haven, especially for Disabled and Special Needs bunnies in all of Africa and one of 3 in the world.  We are situated on a farm between Mossel Bay and Albertinia in the Garden Route of South Africa.

We are the only Bunny rescue in a 400km radius, with the closest in Cape Town. We assist, and network throughout South Africa however, and advise all over.

Southern Cape Bunny Haven officially started in 2015, before that we were rescuing and saving under the handle of Dingles’  Haven.

We have in the region of 300 Bunnies in our care, and most of them have issues so that they cannot be rehomed. Many of them have deaf/blind combinations because our region is not eco-friendly, and poisons have been used. We are also in a high EC region and treat an average of 40 rabbits yearly that contracted EC. Furthermore, we do a lot of passive noting on the bunnies in our care, where they are treated as pets and companions, while we note their behaviours single and in groups, as they live their daily lives. The information we gain helps us greatly to understand bunnies and help people worldwide.

Why did we start a Haven?  And who was Dingles?

Dingles was my first bunny. My soulmate, my only friend and my companion for very many years. She saved my life 3 times.  She traveled with me all over Southern Central Africa, in cars, on boats, planes and stayed with me in many locations all over, in the Lodges that I used to work, and in the Caprivi.  She visited 4 countries with me often, Long before RHDV when bunnies could go over with their own passports and permits.  When she passed in 2015, at nearly 12,  I had a vivid dream about 2 days after. She visited me and told me she helped me, and I should now please try and help as many bunnies as we can.

While I did rescue bunnies as I went, I never concentrated on their care afterward, just as a normal small-time rescuer would. I would rescue and always find a home ASAP – and usually before –  as I was traveling quite a bit.   Also, Namibia and Southern Central Africa did not have to many rabbits. In fact, rabbits were quite scarce. But I saved wildlife, birds – including owls and falcons, loads and loads of hedgehogs, esp those that got burn wounds in the Caprivi fires; pangolins, hedgehogs, and squirrels.

So, in 2015, we started saving rabbits in earnest. I did not know too much about bunnies, as all people starting out will also know.  You learn. I had to learn super fast. Gambit and Gummy Bear were our first – saved from a pet shop, both too young to be there… Gummy Bear Passed within 4 days, and I had to learn the hard part about how certain humans breed for money and let the babies get taken away too soon. Many die, and many have a life filled with medical issues.

Here you can follow our journey as we learned, and today I am glad to be of help where I can with the long ears! 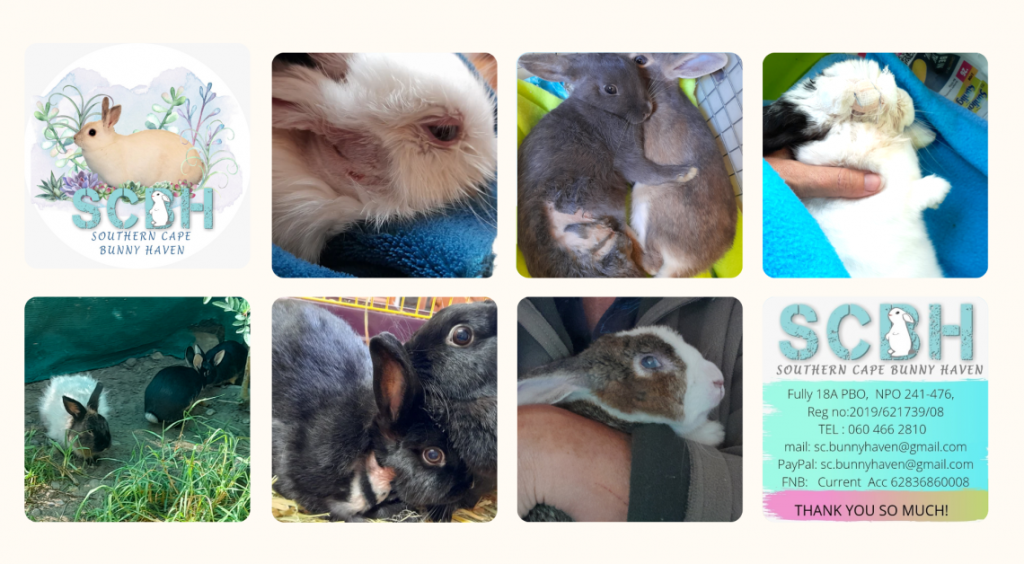 We have a HUGE welfare operation and need assistance:

Because we service over 400 x 300km, and over 11 towns…. Because we have in the region of 300 bunnies to care for…. and because we do not let a single bun not be helped, and because we sterilize all males and many females as we have funds, we really need your assistance.

When you help the Haven you help with feeding, medicine, cleaning, and operations. We are the only of our type in the whole of Africa, in the capacity we are, where they are treated with utmost love as pets and companions, sleep inside, and have lovely outside playtime. While we try and do our best, the bunnies here could really do with help from you. When you choose to SPONSOR A BUNNY, you receive more than just a certificate, you receive a part of his heart, and he or she will give you a bubble of love in yours!

For our International Customers, you can use Paypal:  sc.bunnyhaven@gmail.com

And for Local or Electronic Transfer,

Also find us on Back a Buddy South Africa) 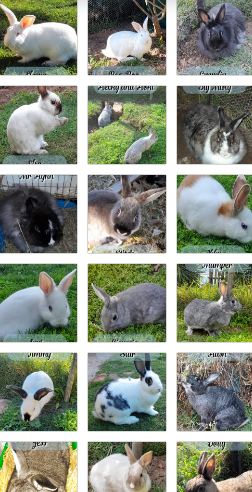 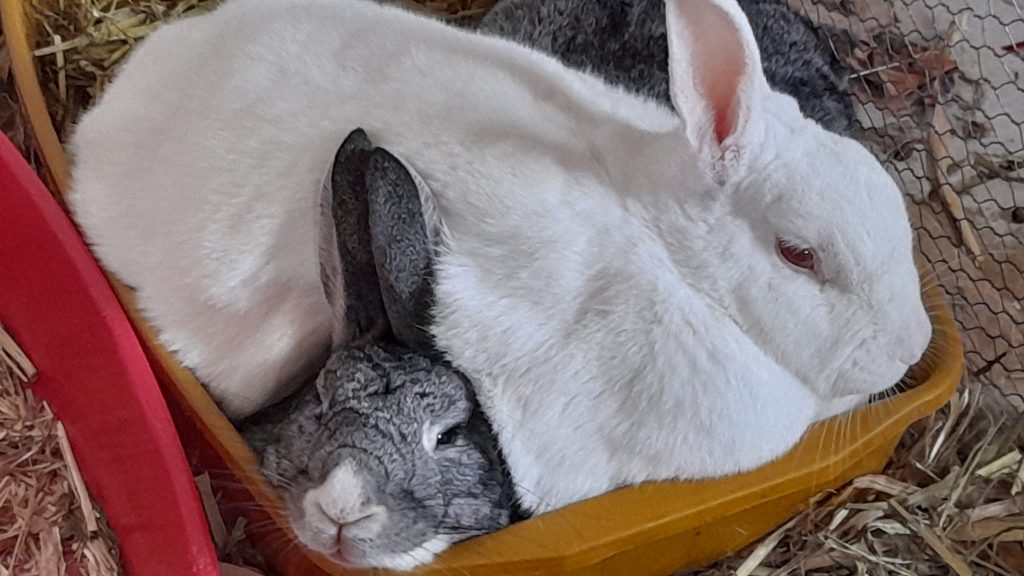 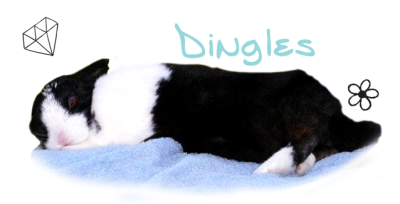 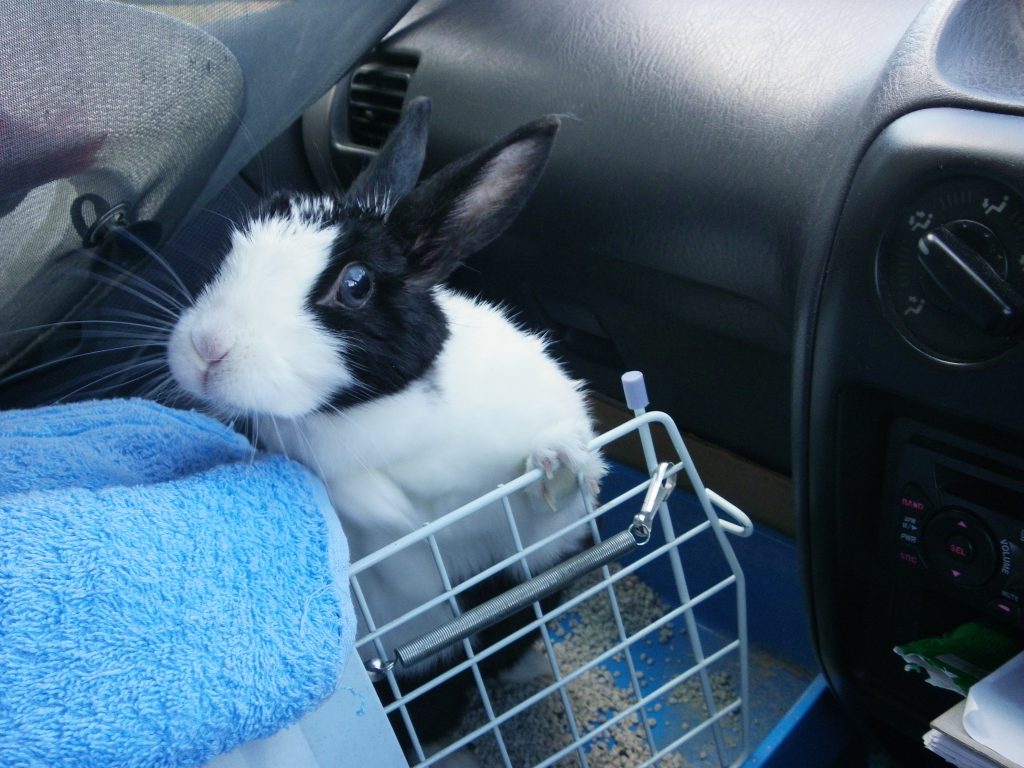 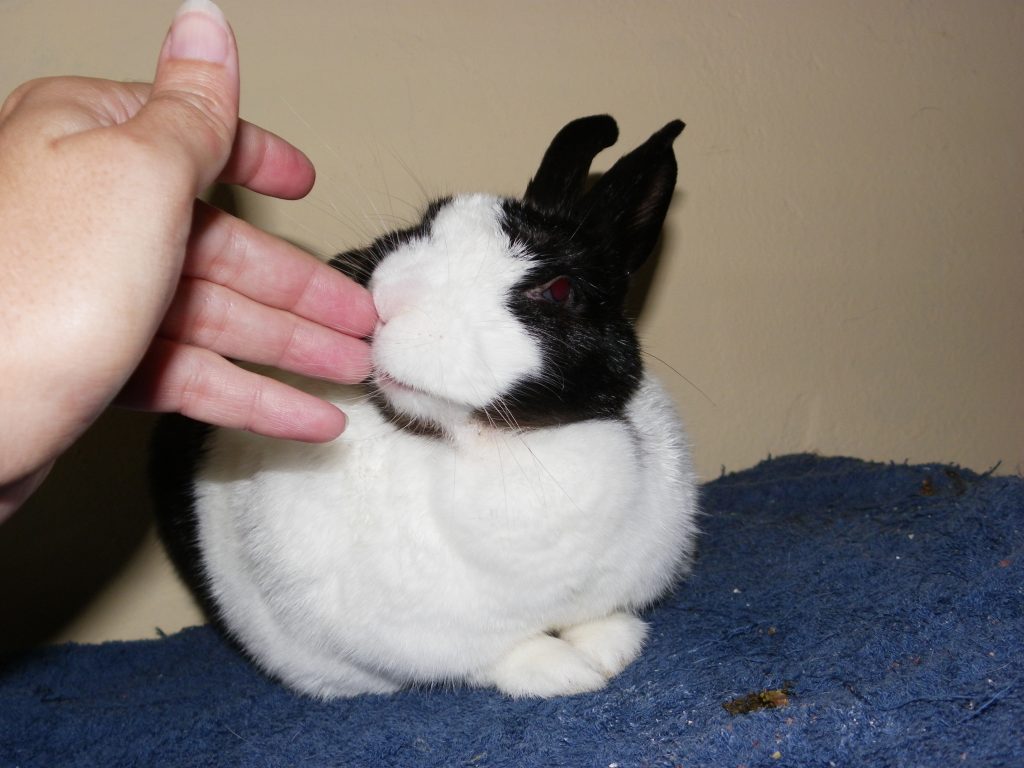 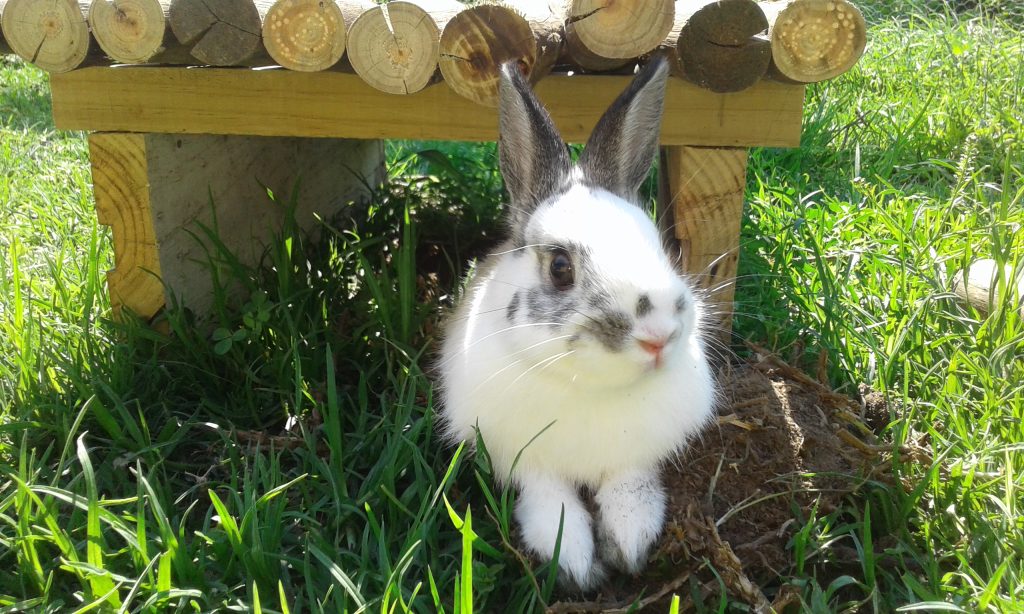 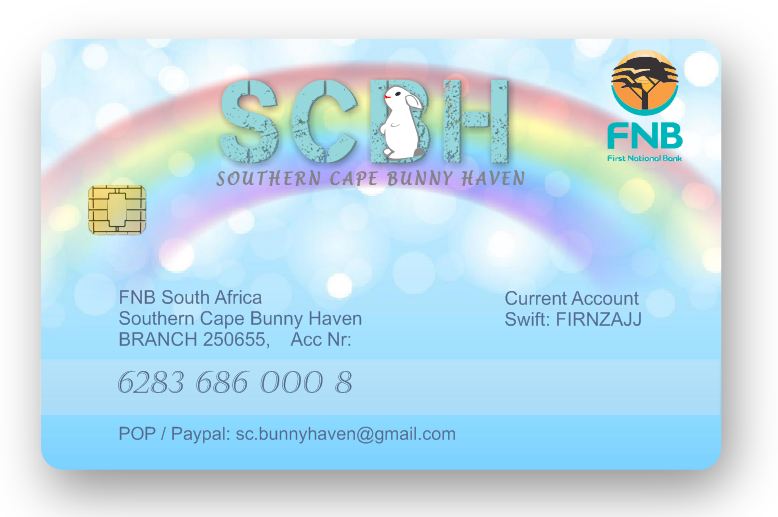